Salmonella Cases Decline, But Other Foodborne Illnesses Up

There was little progress in reducing food poisoning rates in the U.S. last year, according to a report from the Centers for Disease Control and Prevention.

Although Salmonella infections decreased by 9 percent in 2013, illnesses caused by other foodborne bacteria rose by as much as 32 percent.

Each year, the most common foodborne illness -- Salmonella -- sickens about 1.2 million people in the U.S. and results in 450 deaths, according to the CDC. Recent efforts to lower that number seem to be working, but illnesses caused by contaminated food are still too common, say the report's authors.

"Progress in preventing foodborne illnesses has been limited in recent years," said senior author Olga L. Henao of the National Center for Emerging and Zoonotic Infectious Diseases at the CDC in Atlanta. "More can be done." 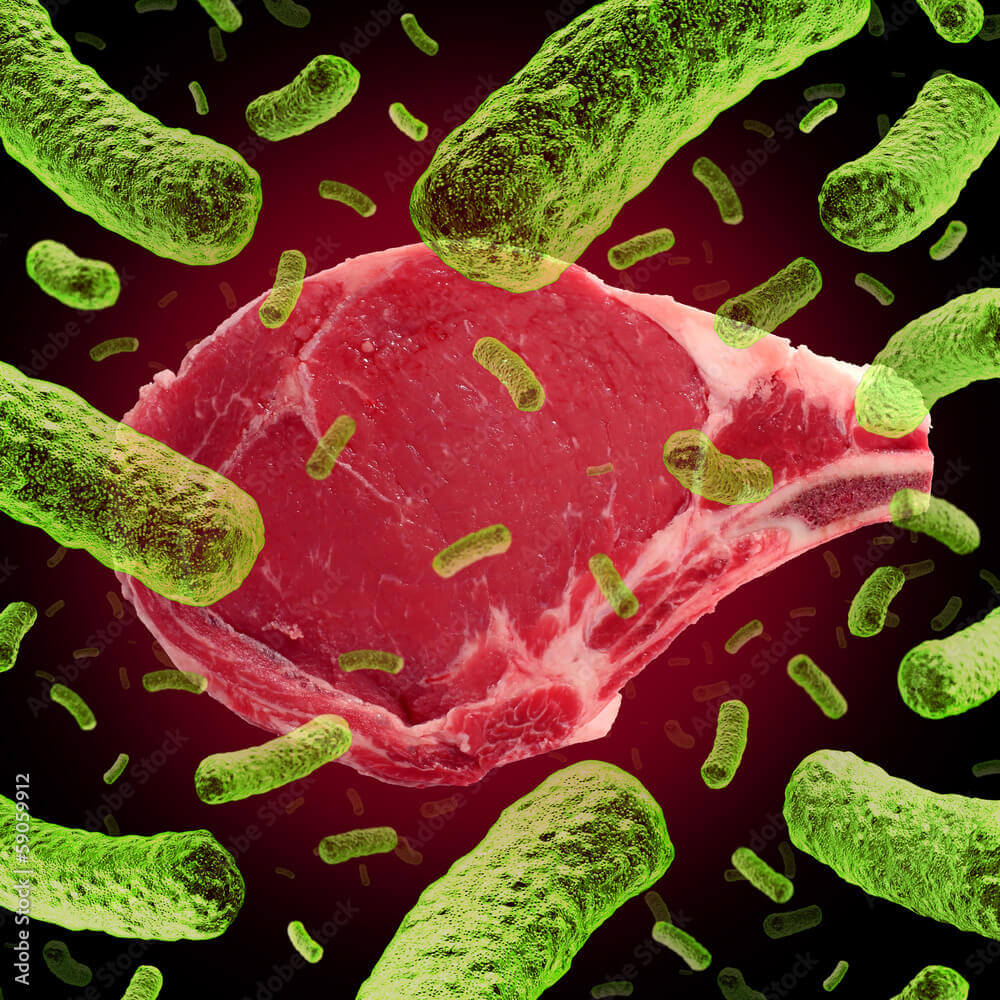 The Foodborne Diseases Active Surveillance Network, a collaboration between federal health administrations and state health departments, monitors infections linked to food caused by nine common pathogens at 10 sites in the U.S. The new report includes 2013 infection data and trends since 2006.

In 2013, there were 19,056 lab-confirmed infections in the sample areas, which was not significantly different from 2006. More than 4,000 people were hospitalized and 80 died from foodborne illnesses.

The most common infections in 2013 were Salmonella, affecting 15 percent of the population; Campylobacter, affecting 14 percent and Shigella, affecting 5 percent, according to the results published in the CDC's Morbidity and Mortality Weekly Report (MMWR).

All the bacterial infections can originate in contaminated food, including raw meat, especially if food handlers do not maintain strict hand hygiene.

Most of the bacteria are also found in human fecal matter, which explains why the infections are most common in children under five years old, including toddlers who are not fully toilet trained.

Salmonella infections decreased by 9 percent between 2010 and 2012, but one less common infection, Vibrio, increased by 32 percent. The Vibrio family of bacteria includes the strain that causes cholera. The microbes are usually found in saltwater and may contaminate undercooked seafood or enter wounds on a swimmer's body.

According to the new report, Vibrio infected 0.5 percent of the population in 2013.

Unlike most of the other infections, Vibrio was most common among people over age 65.

Because Vibrio bacteria live in oceans, climate change could play a role in their becoming increasingly common, she said.

"Vibrio bacteria multiply when seawater, where oysters grow, is warm," Henao said. "As a result, these infections are most common during the warm months, when waters and oysters contain higher numbers of Vibrio organisms."

In a separate report in the same issue of MMWR, researchers describe more than 100 cases in 2013 of people in Atlantic coastal areas made ill by a Vibrio strain previously associated only with Pacific shellfish.

Infections by foodborne Vibrio can usually be prevented by rapidly refrigerating oysters after harvest and with thorough cooking, especially when the oysters come from warm waters, but these measures have not been sufficiently implemented, she Henao said.

Salmonella numbers may be falling because it is relatively easy to identify sources and routes of transmission of outbreaks, said Diane Newell, a microbiologist who established the Food-borne Zoonoses Consultancy in Andover, U.K.

In Europe, monitoring and regulating food production has successfully lowered Salmonella infections, Newell told Reuters Health by email, but another bacterium found in poultry, Campylobacter, has been harder to control.

"The numbers of campylobacterosis cases continue to rise year on year in most countries that undertake monitoring," and it is not clear why the numbers keep going up, she said.

"We need research to help the poultry industry control and prevent Campylobacter-positive flocks -- for example, vaccines or other approaches to complement on-farm biosecurity," she said. "But the good news is Campylobacter are killed by cooking."

Efforts to decrease infections originating in food, Henao said, generally should focus on preventing contamination at the growing, harvesting, and processing stages, monitoring contaminants in imported foods and educating food handlers in restaurants and consumers about risks and prevention measures.

"Overall, pregnant women and their newborn infants, older adults and people with weakened immune systems are at higher risk for acquiring many infections," which are also the groups that can have the most serious complications, including miscarriage or death, Henao said.

To prevent infections, food handlers should adhere to the basic steps "clean, separate, cook and chill," she said. That means washing hands, cutting boards and utensils, and keeping raw meat and fish separate from ready-to-eat foods.

Whole cuts of meat should be cooked to an internal temperature of 145 degrees Fahrenheit, 160 degrees for ground meat, and 165 degrees for all poultry. Refrigerators should be kept below 40 degrees, she said.