Sweet, sour, salty and bitter. These are the four basic tastes. Or are they? At least that was what one food processor thought until he learned that there are actually five. 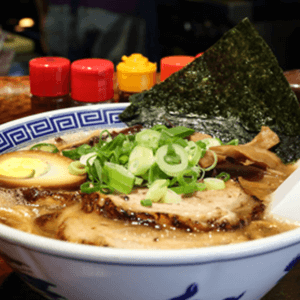 Neither sweet, sour, bitter, or salty, umami is the fifth taste

That fifth basic taste is umami. Neither sweet, sour, bitter, or salty, umami is the savory flavor. And, what this food processor soon learned is that not only is it a standalone flavor, but it also enhances the flavor of foods to which it is added, making them fuller, richer and more intense.

Says Gil Bakal, A&B Ingredients' Managing Director, "It's not as easily recognizable as other tastes, so extricating the umami flavor can take some effort. As an example, an unseasoned broth would certainly be considered bland. But if you added umami your "enhanced" broth would taste richer, fuller and more complex."

Bakal noted that, historically, the Japanese are credited with exploring the unique flavor of umami since the early 1900s. In fact, they are believed to be the first to coin the phrase "fifth taste."

Umami is experienced by way of taste receptors on the tongue and other regions of the mouth. These taste receptors typically respond to glutamate. It's the amino acid glutamate that delivers the umami taste in foods.

A&B Ingredients recently added the exceptional taste of umami to its natural flavors product category. It is marketed under the Mediterranean Umami brand. It is all-natural flavor booster extracted from tomato, seaweed and mushrooms. And as this food processor soon learned, it contributes to intensifying the flavor profile of a wide variety of food products.

Bakal points out that Mediterranean Umami also fulfills food manufacturers demands by consumers for clean-label products with simple ingredients. "As an added benefit, Mediterranean Umami not only enhances taste intensity of foods but is significantly lower in sodium than other food enhancers," he says. "Ultimately, Mediterranean Umami has a double effect -- sodium reduction and combined natural flavor boosters. Because of its functionality, robust taste and clean-label, umami is the preferred flavor enhancer vs. other enhancers such as MSG and yeast extracts."

In short, the extraordinary flavor of A&B Ingredients' Mediterranean Umami is a welcome addition to any food and beverage manufacturer's ingredients toolbox!

Among the benefits of Mediterranean Umami are: