Fairfield, NJ - The U.S. Department of Agriculture's Food Safety and Inspection Service (FSIS) announced a new initiative to control Salmonella in poultry products and reduce Salmonella-related illnesses in the U.S. in October 2021.

FSIS stated that despite their continued efforts to reduce Salmonella infection in the U.S. food supply, the number of confirmed illnesses in the American population was above target. FSIS estimated over 1 million consumers were sickened with Salmonella-related illnesses each year, and 23 percent of those incidents were connected to contaminated poultry and turkey products.

Poultry-type products are highly susceptible to microbial and pathogenic spoilage. During processing and throughout the supply chain, there are many instances when the poultry products can get contaminated by pathogenic and non-pathogenic organisms. According to Gil Bakal, Managing Director at A&B Ingredients, one of the most reliable solutions to control pathogen contamination is raw meat and poultry is adding a broad-spectrum antimicrobial agent during processing or packaging.

"Combating foodborne pathogens and reducing food-related illnesses is a critical matter for the food industry. The use of a broad-spectrum antimicrobial is an affordable and highly reliable solution to the pathogen problem. We have teamed up with the USDA, conducted numerous internal studies, and published documents to prove the use of Lauric Arginate as food safety and food-protecting agent," -- explained Bakal.

A&B Ingredients, a premier manufacturer of Lauric Arginate (LAE) in the U.S., has collaborated with the USDA and many research institutions to substantiate the use of LAE as food safety and food-protecting agent. 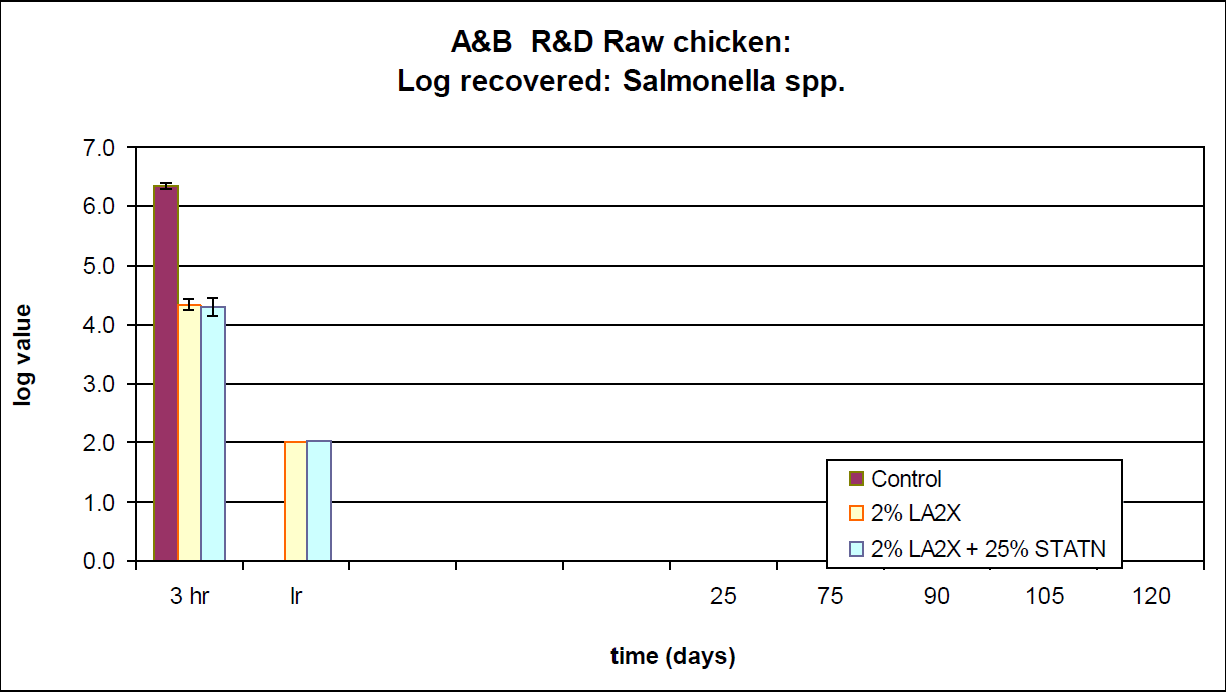 A&B Ingredients uses a unique, patented manufacturing process and has produced LAE-based antimicrobials for over ten years. A&B Ingredients collaborated with USDA to develop the SLIC® (Sprayed Lethality in Container), a patented process for LAE application adopted by regional and top 100 meat processors in the U.S. Due to high activity and wide pH stability range, CytoGUARD LA antimicrobials can be used at low usage rates with no perceptible impact on flavor of the product.

"We recognize that the production of safe, high-quality food products that stay fresh throughout their shelf life is a pressing issue despite existing processing standards and industry regulations. We are happy to assist meat and poultry manufacturers who want to try our antimicrobial products to combat foodborne pathogens to improve the safety of their food products," adds Bakal.