The new sodium reduction guidelines will affect food manufacturers, chain restaurants, and foodservice operators. According to the research cited by the CDC, 70 percent of the sodium consumed comes from processed and restaurant foods. 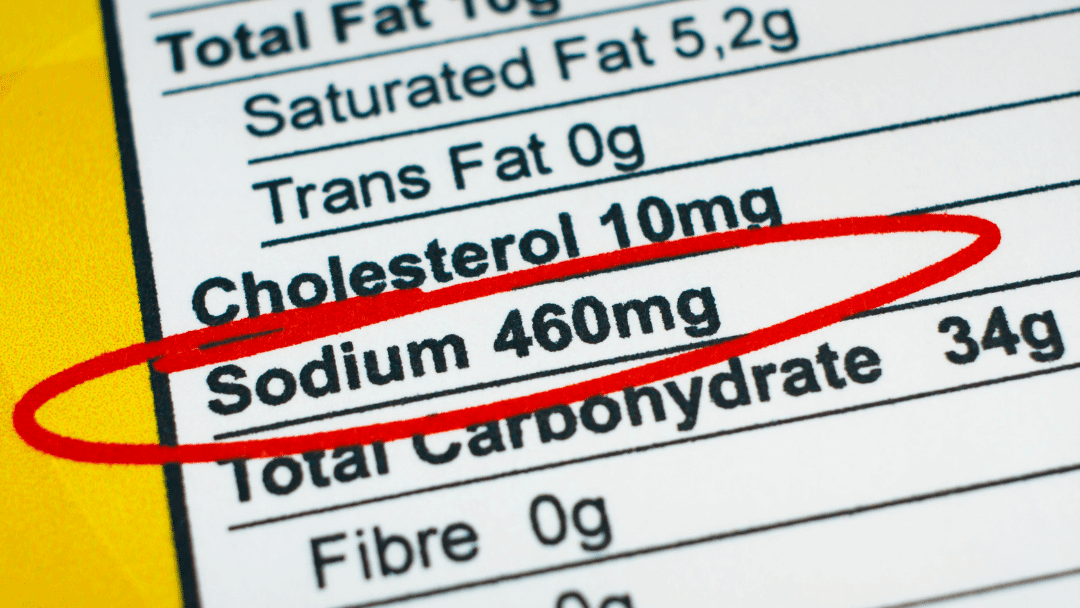 "By reducing sodium in processed and ready-to-eat foods, manufacturers can do their part and contribute to solving the problem of heart-related and other health issues prevailing in the American society. Manufacturers can reduce sodium in existing formulations and maintain a familiar taste with a clean label ingredient statement. All it takes is replacing conventional salt with a natural, lower-sodium option, like a low sodium sea salt," says Joe O'Neill, VP of Sales and Business Development at A&B Ingredients.

A&B Ingredients offers a clean label sodium-reduction solution that is beneficial to both manufacturers and consumers. Manufacturers who use the Two Seas Sea Salt®, offered by A&B Ingredients, can produce healthier food products with the same taste satisfaction while meeting the FDA's sodium reduction goals.

Two Seas Sea Salt® line of clean-label low sodium sea salts offers up to 57 percent sodium reduction compared to regular salt. Based on a unique blend of natural salts harvested from the mineral-rich Dead Sea and the Red Sea, these salts are simply labeled "sea salt" for a clean label claim.

Two Seas Sea Salts are high in natural potassium, low in sodium, and have a clean salty taste. Easily substituted at a one-to-one ratio in most applications, it is an ingredient of choice when formulating low sodium soups, sauces, meats, and meat alternatives. Two Seas Sea Salts can help food manufacturers reduce sodium levels in their products to meet the FDA's new guidelines and the needs of today's health-conscious consumers.

The FDA strives to cut salt levels by an average of 12 percent in foods, such as packaged meats and cheese, and restaurant prepared meals in an effort to reduce a growing epidemic of preventable health issues in the U.S. The new targets are designed to reduce the daily sodium intake of an average American from 3,400 mg to 3,000 mg. However, this target is still higher than the 2,300 mg per day recommended for people 14 years and older in the Dietary Guidelines published on the CDC webpage.

"Lowering sodium intake is an ambitious yet important condition of improving the state of public health. High sodium consumption has been linked to high blood pressure and heart diseases which have a damaging effect on our health and livelihood. We support the FDA's sodium reduction initiative, and we would like to see more manufacturers follow these guidelines," notes O'Neill.

Sodium consumption naturally raises blood pressure which thereby increases the chances of heart disease and stroke. Also, excessive salt consumption is suggested to contribute to weight gain, as it leads to an increase in white fat cell mass within the body. According to the CDC, nine out of ten adults in the U.S. aged 19 and older exceeded the recommended sodium consumption limits.

"A&B has several ingredient solutions in our portfolio that can be used to lower sodium and maintain a balanced flavor profile in reduced-sodium foods. For manufacturers who want to build back the flavor after sodium reduction, a combination of low sodium sea salt and Mediterranean Umami can bring out the desired deep, savory taste in foods. We are happy to work with food manufacturers on reformulation projects," highlights O'Neill.